*Very interesting ! The first time I saw this book when I was in gray-white uniform around 2009, this book became one of the many collections of literacy collections in my school library. For some reasons, I’m a student of “science” majors, often step to read into the corner of the shelved library reading themed “socio-political” categories, such as Tempo, Gatra, Auto-Biography books and so on. Until the end, my eyes were on a book titled “Harus Bisa” written by the assistant of President SBY, Dr. Dino Patti Djalal. The book, which was presented with a light inscription along with exclusive photographs depicting the figure of President SBY  that made me dissolve and as if hypnotized to read page after page from each part of the book. Since often reading the “socio-political” literary readings, my mindset of “Science Studies” is slowly getting eroded until the effect continues as I choose to study for Faculty of Social and Political Sciences: Majoring International Relations.*

The book originally entitled “Harus Bisa“, is a remarkable collection of observations, diary, insights, and stories from Dr. Dino Patti Djalal who at that time served as Special Staff President and Spokesman on International Relations that had the opportunity to get to know the President SBY true characters. The book presented us the stories about SBY’s flow of thought and style of leadership in running government as clearly portrayed by Dr. Dino such as how President SBY talks, meets, interacts with others ; either children, state officials, heads of state, and even the UN secretary general. The spontaneous acts of SBY, the dynamics of the decisions and actions taken by President SBY, his discipline, his integrity and his unwavering principles are all written with plenary by Dr. Dino.

As the background of this book conveyed by the author in his foreword. “The idea of penning this book first occurred to me one day when I was cleaning my desk and came across a number of notes in SBY’s handwriting tucked away in one of the drawers. The President frequently writes such notes for his Ministers and staff during Cabinet meetings-normally they contain instructions, clarifications, or requests for information.

As I was sifting through the notes, I became aware that they represented something very special-the record of an important political era that will long be studied in our colleges and universities. These records of SBY’s administration are to be found everywhere-in his decisions, speeches, breakthroughs, thoughts, actions, inner conflicts-all of these are historic records that are still fresh in our memories and need to be preserved for posterity. It was this that gave me the idea of keeping a diary so as to faithfully record life and events in the Palace during the course of SBY’s term in office. Since then the author always makes diary of activities and daily life of SBY Presidency.

There are many interesting things from the figure of the 6th President of the Republic of Indonesia which previously may not be known by the public. Systematically, in this book Dino share experiences and lessons from the figure of SBY in six major sections namely (1) To Lead in Crisis (2) To Lead in Changes (3) To Lead People and Face Challenges (4) To Lead A Team and Make Decision (5) To Lead in World Stage and (6) To Lead Ourselves.

In the first section of the chapter “To Lead in crisis” explained how SBY responded to the problems in quick response and in real time to solve the problem. For example, President Yudhoyono directly acted with all the officials and people of Aceh during the unfortunate tsunami that occurred in the year 2005 ago. By “thinking outside the box” the government had also successfully contained and even turned into an opportunity to made lasting peace in Aceh, something that has been long overdue. It is also interesting to note and to take lesson that a leader must be able to lead at the forefront in critical times/in a crisis.

In the part “To lead in change” is told how President SBY in shaking up the bureaucratic doors that prolonged so shorten the flow of bureaucracy in Indonesia.

Then in the chapter “To lead people and face challenges” described the activities of President SBY is proactive “plunge” to the people to listen to complaints of the people directly (the common touch).

In the chapter “To Lead a team and make decision” the author describes the way and style of leadership SBY choosing his own team members (cabinet) and very sensitive to the importance of timing, SBY also provides an example of how a good leader should act: detail, a leader must be objective, and making decisions wherever, whenever (a day of decisions).

Then in the next chapter that is, “To Lead in World Stage”, which becomes a very interesting part because Dino able to capture the leadership style of SBY both as nationalist as well as internationalist, equipped with various interesting examples. Under the SBY Administration, the international image of Indonesia began to increase along with the increasing role of diplomacy that is more active. Indonesia successfully became a member of the UN Non-Permanent Security Council. Indonesia Also successfully hosted UNFCCC (United Nations Climate Change Conference) in Bali with the success of producing Bali Roadmap. SBY also succeeded in creating diplomacy innovation by issuing the idea of Global Inter-Media Dialogue (GIMD) which received a very positive response.

In the last chapter, called “To Lead Ourselves” the author shows SBY as a figure of the country’s leaders, were very integrity ranging from small things such as respect for time.

This book concludes with an author’s epilogue which contains the role of a SBY in the author’s life that is not only as President or head of state but also as superior, friend and mentor.

Overall, it can be concluded that this book succeeded in bringing new nuances and insights from other books with similar themes , become a very positive reference for anyone especially for the future and prospective leaders because the highlight is the direct figure of a president. This book is not a book on leadership theory but a book that directly describes SBY’s leadership as a president, as well as a human being. For that reason, this book should be viewed objectively as one of the leadership books echoing positive messages for the progress of Indonesia. (AY/www.yaminhi.com)

This is my personal website, Where I share about things I learn, the books I read, story I tell and interesting things to post. I hope the reader and who visit this website will enjoy it. 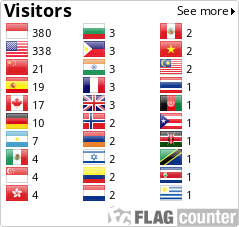 This is my personal website, Where I share about things I know, the books I read, story I tell and interesting things to post. I hope the reader and who visit this website will enjoy it.

This is my personal website, Where I share about things I know, the books I read, story I tell and interesting things to post. I hope the reader and who visit this website will enjoy it.

This is my personal website, Where I share about the things I know, the books I read, story I tell and interesting things to post. I hope the reader and who visit this website will enjoy it.